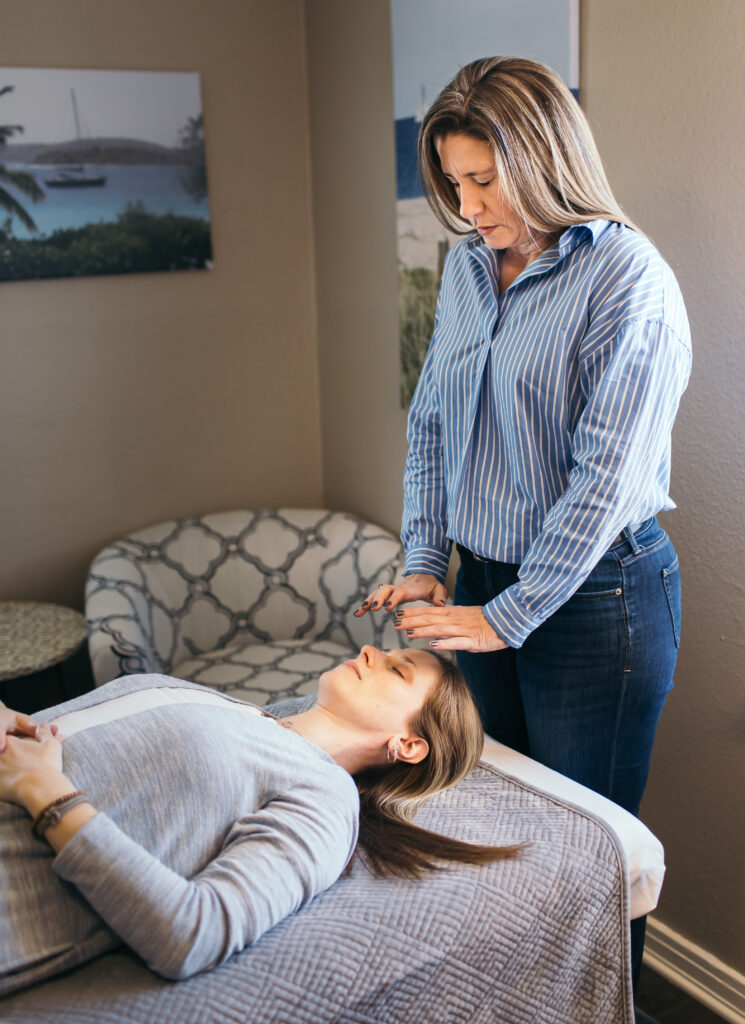 Reiki - Helping You Find Balance in Your Emotional, Spiritual and Physical Bodies

Book a Session Today
Learn More About My Energy Healing

What is Reiki and How Does it Work?

Reiki is an ancient form of energy work. It was developed in Japan by Mikao Usui. It is based on the idea that we all have the ability to direct the healing energy of the Universe. Once a practitioner has received training, which involves opening up to the universal energy, they can begin to direct that healing to others.

What is Reiki Good For?

Our bodies as we experience stress and emotional issues create energetic waste. I like the formal term "gunk." :) This gunk gets stuck in our aura. It causes physical issues, and even more emotional turmoil. Reiki clears the gunk. This allows your life force energy to flow better. (Similar to the Chinese concept of Qi) It also allows your body the extra energy to begin to heal itself.

Some issues that I have seen helped in my practice and personal experience: migraine relief, improved sleep, reduced stress and clearing of cold and uncovering of limiting beliefs.

My Personal Experience With Reiki

2006. My son was one, and I got the opportunity to go away for a few days. A much needed break. I decided to head to Miraval in Arizona. A wellness magazine was doing a retreat there and I thought it would be fun to meet some of the self help people I had been following and get some much needed rest.

Part of the package was a credit for daily spa services. One of the offerings was Reiki. I had never done Reiki and figured why not now. After all I had already had a massage and a facial.

It started off as most spa treatments do. I was relaxing and waiting for the therapist. She called me in. Gave me a brief run down of what to expect and I jumped on the massage table.

I closed my eyes and she proceeded with the treatment. She finished, asked if there were questions. And that was it.

Nothing magical. Nothing amazing. I did not run out and sign up for my next session. I honestly did not feel any different other than I had just relaxed for 30 minutes. Which to be fair for a new mom was fantastic!

Fast forward to 2019. This was the next time that I had a Reiki session. Yes that is right, I completely dismissed it. Wrote it off as something that did not work for me. 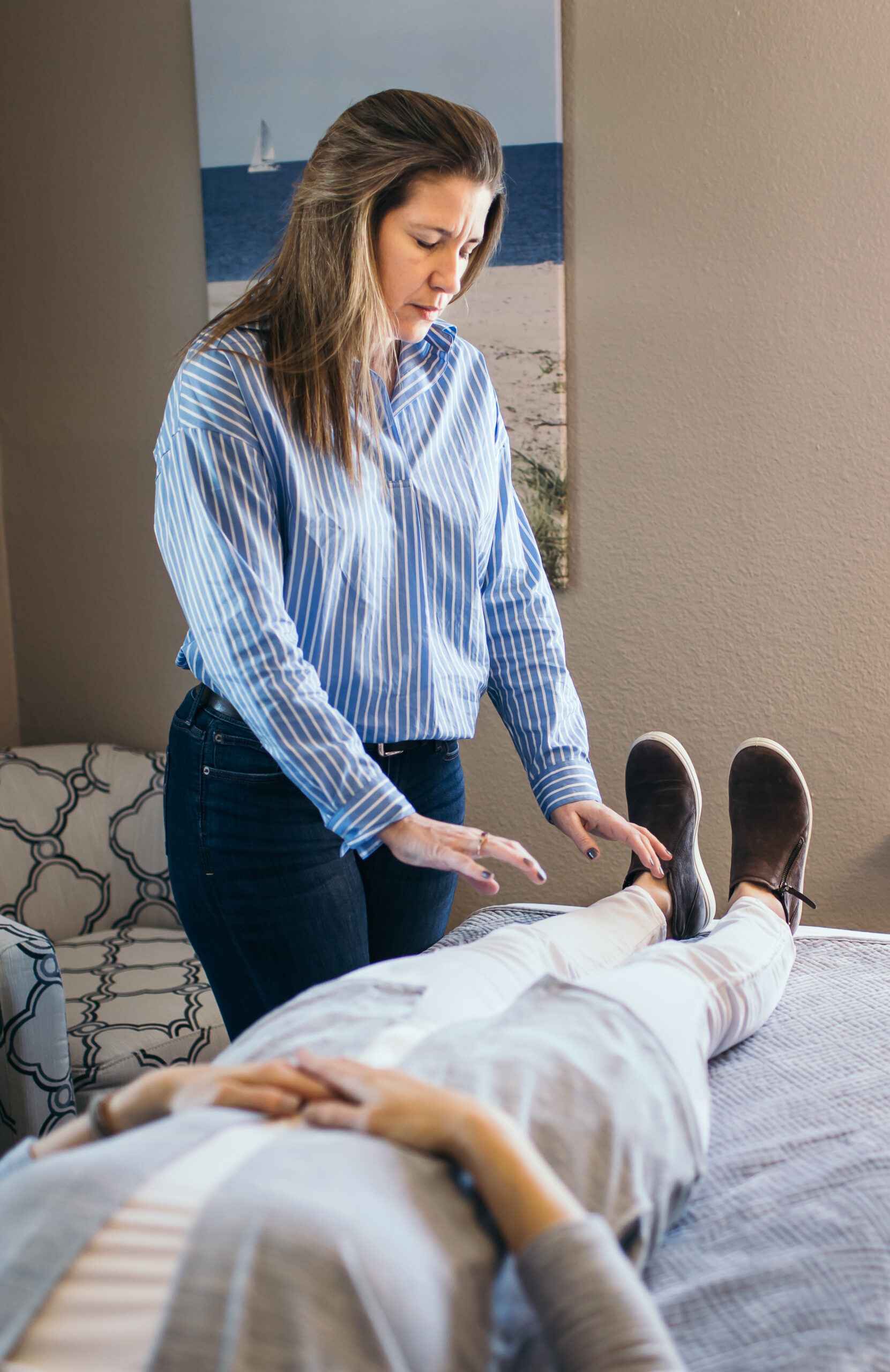 Over those 13 years, I had gone on a very long self-discovery and emotional healing journey. I had been working at clearing limiting beliefs, healing past emotional trauma and re-defining exactly who I was and who I wanted to be. During this time I tried many, many things. I experimented with everything from journaling, meditation, and tapping to past life regression, walking on fire and travel.

But there were a few things I was still stuck on. Finally a friend who is an intuitive said she felt a block on the right side of my head and I needed to go get Reiki.

I am not sure if it was because my friend said it, or because I had tried so many other things or if it was just time but I agreed and started the search for the right Reiki therapist for me. Trusting my intuition to guide me to the right one I found Lori. I scheduled my first session, but held almost no hope of it making much of a difference.

To my surprise, it made all the difference. Over three sessions we ended up clearing out lots of emotional gunk that had gotten stuck from when I was young, when I was in-utero and much more. It was so powerful that I knew it was exactly what I needed to learn to manage my energy.  Especially since I am an empath and can pick up on just about anyone's feelings even if they are half way around the world.

I 100% expected just to do level one so I could self heal and manage my energy.  In fact, I had zero plans of offering it as a service. But turns out I feel in love with it. Not only did I end up going for level two, but I also went for Reiki Master. And then knew it had to be something I helped others with.

To me it was the final connector piece between the healing work I was doing. I finally had the right tools to get through anything. Now I help other do the same. Putting coaching and Reiki together helps you move through what you are working on with more ease and speed.

I would love to help you on your journey. You can learn more about my coaching or my energy healing work.

No. Reiki is energy healing. It is delivered either through light touch or hands placed slightly above the body. Some massage therapists may also be Reiki therapists. But they are two different services.

Longer answer: The healing energy of a Higher Universal Source and your own healing energy is real. However, over centuries of modern thinking, this art and belief has been lost. Reiki is one of many energy healing techniques that is pulling this energy in our daily lives again. It does work, as a Reiki therapist is simply focusing universal healing energy to the client.

Remember, as with everything if you think it will not work - it won't. Our minds are very powerful and can override even the strongest of treatments - both in the eastern and western medical traditions.

How Long Does Reiki Take to Work?

Reiki energy begins to work immediately. By the end of a session, your Chakras and energy will be balanced.

How long you stay balanced depends on your current situation. Many factors impacting including emotional, physical, spiritual and mental well being.

Can Reiki be Dangerous?

Reiki itself is not dangerous. With that said, you need to keep in mind that your Reiki Therapist needs to be energetically balanced and take the right steps to protect not only their personal space but the environment too.

While your therapist is a channel for the energy and it does not come through them. Their energy can still come off on you. Energy is transferable to anyone by anyone - even when Reiki is not involved.

Do I Need to Do Anything During My Reiki Distance Session?

Nothing is required of you other than to show up and prepare to enjoy a relaxing session. You can just sit and relax, lay down and relax or even sleep. The only rule around what you can do - no operating heavy machinery or driving, etc. Reiki will relax you, don't do anything that you would put you or others in harms way.

Is Reiki Covered by Insurance

This is something you need to check with your insurance about. Many insurance companies are recognizing Reiki healing as a complementary form of medicine. And will cover it if it is included in a treatment plan.

I do not bill directly through insurance. But I can provide an invoice for your Reiki session, for you to submit to your insurance company.

What is a Reiki Master?

A Reiki Master has completed all three levels of training. Some traditions have four levels, where three gives you practitioner master. Then level four is Reiki Master that can train others.

What is Reiki Attunment?

Reiki attunment is what occurs when a person goes through each of the levels of training. The attunment opens the person up to being able to channel the Universal energy.

What is Distance Reiki?

Reiki is an ancient Japanese form of energy healing.  Reiki assists with relaxation and energy release that what is not serving you. A distance Reiki session, simply means you are one place and I am another!

How Does Distance Reiki Work?

As a Reiki practitioner reaches level two they learn how to focus the healing energy over a distance. Reiki energy does not come from the practitioner. The practitioner is a channel for energy from our higher life source. Because we are all connected, directing that energy to you from afar is possible. Time and space are not a factor with energy.

The process itself involves connecting through a symbol and a prayer. This opens the channel of energy to be directed to the client.

Are There any Location Requirements in Distance Healing?

Nope, you really can be anywhere. I did a session with a client in Turkey while I was in Dallas, Texas. We just have to find the right time for each of us.

I am in the Central Time Zone, and will use that to book our appointments. But don't worry if we are many time zones apart. You can be asleep while I do the work!

What Should I Expect After a Reiki Session?

The healing experience is different for everyone. Depending on what and how much we worked on you may feel some physical or emotional detoxing effect after.

This typically only happens in about 1 out of 6 healings.

So what exactly might you experience if this happens to you? You may be more tired, or be more susceptible to sickness. This should clear within a few days.

You may also experience an emotional detox. If your energy block was due to a specific issue, you may find it easier to work through it. Or it may creep up and test you!

How Many Reiki Sessions Do You Need?

This varies from person to person. Some people may need just one or two to clear the energy. Then they can do maintenance session every couple months. Some may require 6 or more sessions before they reach a maintenance point. You will know by how you are feeling. I will know by how much energetic gunk you pick up between sessions.